HOW TO RECOGNIZE A JEZEBEL SPIRIT

The Jezebel spirit may also be known as a controlling spirit, a spirit of intimidation, independent spirit, or a manipulating spirit. Though it has no gender, it does prefer females. It originated with an Old Testament queen named Jezebel, the wife of Ahab (I Kings 18-21). The definition of the name Jezebel means without cohabitation, and it operates in deception, independence and rebellion. Our modern women’s movement has given rise to the spread of the spirit with its promotion of independence and the sexual freedom message. However, a woman can also become prey through woundedness from a man. In turn, the fear of being hurt, wounded, and traumatized again causes more vulnerability. A Jezebel spirit can also be passed down generationally and is becoming increasingly common.

The Jezebel spirit works best when coupled with a person who has embraced an Ahab spirit. Someone with a Jezebel spirit is attracted by the allure of a pastoral anointing. The Jezebel spirit is an imposter within the church. It counterfeits the true prophetic gifts and it imitates and maligns the proper function of prophetic ministries. This spirit is very deceptive. Symptoms of a controlling spirit Do you recognize these symptoms in yourself or someone you may know, pray this prayer: “Father in the name of Jesus I come to You asking forgiveness for all controlling, manipulating, lying, deceiving, or scheming that I have done. I repent if I have used my body sexually to get what I wanted. Forgive me and wash me in the blood of Jesus.” Scriptures: I Kings 21:25 (AMP) There certainly was no one like Ahab who sold himself to do evil in the sight of the Lord, because Jezebel his wife incited him. † Proverbs 7:21-23 (AMP) 21With her many persuasions she caused him to yield; with her flattering lips she seduced him. 22suddenly he went after her, as an ox goes to the slaughter [not knowing the outcome]. Or as to a fool. 23Until an arrow pierced his liver [with a mortal wound]; Like a bird fluttering straight into the net. He did not know that it would cost him his life. † Philippians 2:3 (AMP) Do nothing from selfishness or empty conceit [through factional motives, or strife], but with [an attitude of] humility [being neither arrogant nor self- righteous], regard others as more important than yourselves. † Hebrews 13:17, 18 (AMP) 17Obey your [spiritual] leaders and submit to them [recognizing their authority over you], for they are keeping watch over your souls and continually guarding your spiritual welfare as those who will give an account [of their stewardship of you]. Let them do this with joy and not with grief and groans, for this would be of no benefit to you. 18Keep praying for us, for we are convinced that we have a good conscience, seeking to conduct ourselves honorably [that is, with moral courage and personal integrity] in all things. † 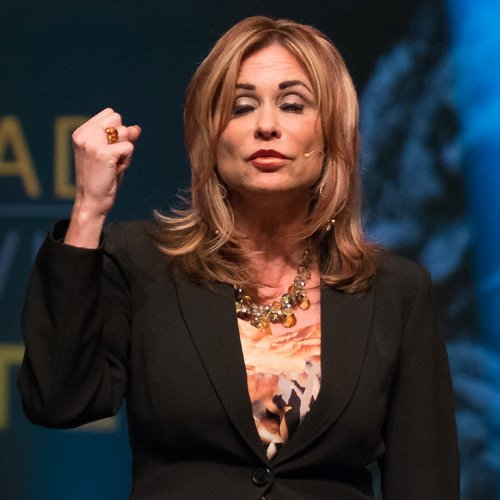 Deborah Berteau, wife of Pastor Glen Berteau, have been in ministry 40 years. Together, they pastor The House in Modesto, CA., a church of 9,000. Her passion and in-depth study of prayer, fasting, intercession, and breaking generational curses have resulted in House of Prayer service with 1,000 attending weekly. Her legacy is seeded in her three children and five grandchildren, who are all in full time ministry.

Back To The Altar Manual